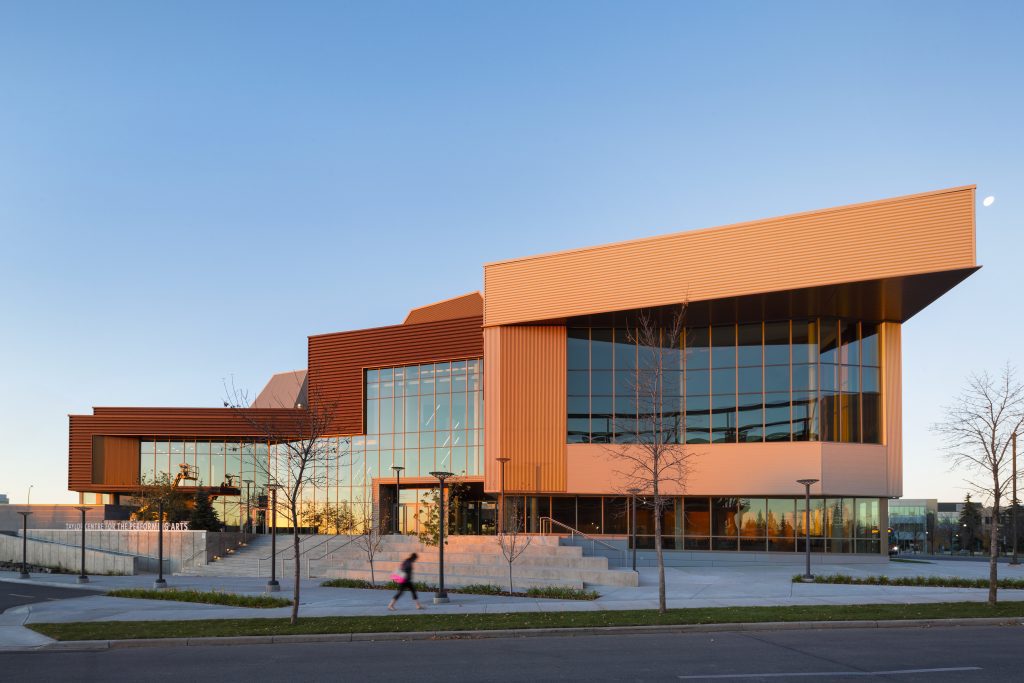 The versatility of steel gives architects and engineers the freedom to achieve their most ambitious visions, and provides contractors with a highly engineered, high-quality building material. Steel is used in everything from industrial to iconic structures, and is particularly suited to mid-rise construction, where turnkey framing solutions for virtually any type of residential or commercial building project are available.

ALSO IN THIS ISSUE:

Wolfville’s Railroad Station is one of Nova Scotia’s few remaining brick railway stations. The Station was abandoned in 1990 when Dominion Atlantic Railway ceased passenger service in the Annapolis Valley. However, after months of community fundraising efforts, private donations, and support from the Province and the Town of Wolfville, the station was purchased by the Wolfville Library Foundation.

The station, a two-and-a-half storey brick and stone building, is valued for its historical association to the railway system in the Annapolis Valley and for its renovation in 1993 by Wolfville’s citizens. In 1994, the Foundation received the Heritage Trust of Nova Scotia Built Heritage Award for the Station’s restoration. The current Wolfville Memorial Library, […]

Number Ten Architectural Group has a long history of working in remote areas of northern Canada. In particular, the Winnipeg-based firm’s academic buildings have enriched the educational and recreation- al quality of life for indigenous communities. Pre-painted Z275 (G90) galvanized steel was chosen for the wall and roof cladding for its durable and non-combustible properties.

The Fox Lake Cree Nation School is located in the town of Gillam, a semi-rural community in Northern Manitoba. The 1,349m2 (14,520 sq. ft.) elementary school accommodates a student population of 65 (town population 1,300), as well as a high school re-entry program and adult education. The school’s modest scale and low-slung roofs create an […]

Ideally located on the St. Lawrence River, Montreal’s Old Port is renowned for its walking and cycling network, along with free public spaces with spectacular views of the river and of the city skyline. This project, completed in 2018, the Port of Montreal’s Grand Quai, adds to this network and showcases an insulated steel panel exterior envelope solution on the buildings.

In 1967 the Iberville Passenger Terminal, or Terminal 1, was constructed on a 305m x 91m (1,000 ft. x 298.5 ft.) pier for receiving cruise ship passengers. Parallel to it was a parking structure, or Terminal 2. They extend nearly the entire length of the pier. A project to renovate the entire cruise ship terminal […]

The renovation of this 100-year-old 18,580m2 (200,000 sq. ft.) Yarn Mill into an energy efficient storage facility, occurred over several phases. PHASE 1: Demolition started January 5, 2018 and occupancy on the first floor was July 25, 2018. PHASE 2 begins this summer. Significant challenges were experienced in turning a structure which was built 100 […]

This centre is a state-of-the-art, multi-discipline performing arts space designed for community and professional use. Since its opening it has housed dance, theatre and musical performances of all types and skill levels.

It is on the campus of Menlo-Atherton High School, surrounded by the semi-rustic environment of Menlo Park. The project’s highly conceptual design was inspired by the surrounding heritage valley and coastal oak groves on campus. The interior of the centre is dominated by a five-hundred seat auditorium which can be optimized acoustically for either dramatic […]